Born in Kasaye village, Nyakach, near Kisumu, Suzanna Owiyo’s voice has quickly conquered the international scene. Owiyo takes time from her busy career by participating in various advocacy and awareness campaigns that affect society. She is currently involved with Plan International, a global campaign known as “Because I am a Girl” which supports millions of girls through education to help them move from poverty to opportunity. She received the prestigious Order of the Grand Warrior of Kenya Award 2011 from the President of the Republic of Kenya in recognition for her global achievements and efforts through music. 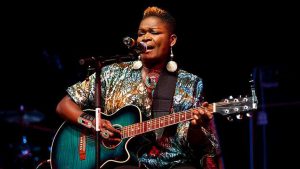 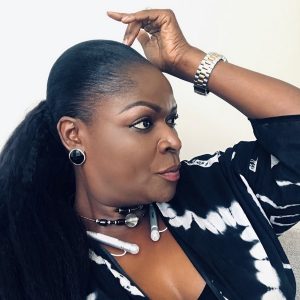 To many people in Kenya and beyond, Suzanna Owiyo needs no introduction. She is the voice behind the well-known Kisumu 100 struck tune. In fact, 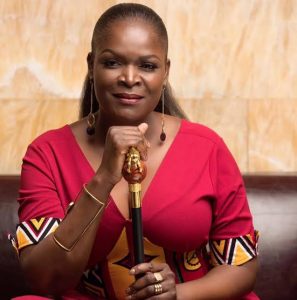 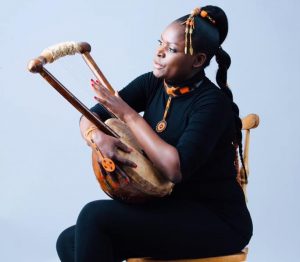 Suzanna Owiyo is an award-winning Kenyan musician whose music has transcended beyond the borders of Kenya. When she is not composing songs and singing, she 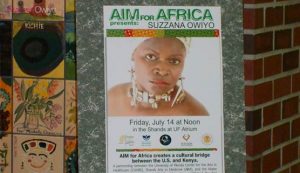 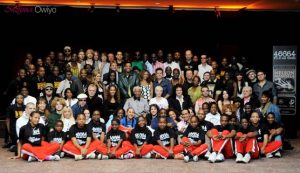 KENYAN WOMEN SINGING THEIR WAY INTO POLITICS  KATY SOLOMON of Inter Press Service reports on a unique project which, through music,  encourages women to participate in

The Music of Suzanna

Born in Kasaye village – Nyakach, near the lakeside city of Kisumu, Kenya, Suzanna Owiyo was introduced to music at a tender age by her grandfather who was a prolific Nyatiti player. As she grew up, it was her privilege to watch him play to elated audiences not knowing that one-day music would be her calling in life.

In high school, her talent enabled her school to win many trophies during the provincial and national music festivals. After high school in 1998, she joined a Nairobi based singer Sally Oyugi as a back up vocalist. Two years later she parted ways with Sally to team up with a local band in Nairobi; Bora Bora sound and later on went back to sing in Kisumu. It was here that a young business entrepreneur with a keen ear for music spotted her talent and offered her, her first guitar. She then went back to Nairobi and undertook music lessons at the Kenya Conservatoire of Music whilst continuing to sing at a club in Karen.

It was while preparations were being made for the centennial celebrations of the city of Kisumu, that Suzanna was requested to compose a theme song for the opening ceremony. In front of a capacity crowd of 60,000 people “Kisumu 100” was born and immediate success followed; a prolonged applause and a standing ovation.

Suzanna then decided to work on an album with Kenyan music producer Tedd Josiah. The album, which received great success on the radio, won her a nomination in the Kora Music Awards 2002 in the “Most Promising Female Artist category”. The same album won her a Kisima Awards for the Most Promising Female Artist of 2003. Her new single “Sandore” and the video clip with a powerful message on child labour also met great success.

Numerous concerts in Kenya and abroad followed thereafter. In June 2003, she represented her country at the Kenyan Festival in Paris organized by Alliance Française, in August the same year she represented East Africa at the Pan-African music Festival in Brazzaville where she sang alongside Youssou N’dour, Koffi Olomide and Rebecca Malope among other African greats and in December she performed in Djibouti.

In July 2004, she performed at the “Festival Mundial” in Holland. In December 2004, Susan Owiyo beat a host of African artistes to clinch the single berth reserved for a female African artiste to perform at the Nobel Peace Concert, where she performed with her band, and also performed the song ‘imagine’ with artistes such as Cyndi Lauper, Andrea Bochelli, Chris Botti, Patti Labelle and Baba Maal. She just finished a tour of France, USA and Japan where she thrilled the worls audience with her magic voice.

Suzanna’s music is a fusion of traditional western Kenyan music and contemporary rhythms. Traditional instruments (nyatiti,orutu, etc) always feature in her songs as heard on “Janyau”, the first track of her new album Yamo Kudho (the wind is blowing). In 2005, Suzanna was the show stopper at the annual Corporate Council on Africa Summit in Baltimore, Maryland where she charmed with her voice. She also performed at the World Trade Expo in Japan, the Ziff Festival in Zanzibar.Later in December of the same year, she was invited to the jamhuri Day fete in Washington where she performed and made a series of appearances in the US states of Maryland, Washington and New York.

In 2006, she performed at both local and international arenas including a participation in the summer intensive course on Arts in Medicine in Florida USA for one month, a Jazz festival in Nairobi. In December, Suzanna performed at the street Festival in Calabar Nigeria.

2007 was promising. Just when the year began, she was amongst the artist who entertained the delegates (local and international) who attended the World Social Forum held in Nairobi. Locally, she has been involved in the corporate,NGO and Government Sponsored events-i.e She recorded and performed the Anti-corruption campaign spearheaded by the Kenya Anti-corruption Campaign steering committee. Suzanna also recorded a theme song for the Kenya Tourist Board. In the month of June,she represented Kenya at the MASA Festival that was held in Abidjan, Ivory Coast .In August, Suzanna performed at the prestigious Event called YARA PRIZE AWARDS held in Oslo. other artists who graced the occasion was non other than Papa Wemba from DRC Congo, the Brass Brothers from Oslo just to mention a few. Lastly in December, Suzanna performed at the New Years Eve Concert held in Maputo, Mozambique. She is currently working on her 3rd album which should be out in the mid of the year. She has featured Oliver Mtukudzi from Zimbabwe, Mbilia Bel from DRC Congo in the album.

Suzanna once again confirms her place amongst the very best of not only African, but also world musicians.

Suzanna Owiyo is married to the business mogul, Eric Ounga who owns the Ounga Commercial Agencies which deals with real estate. They got married in 2006. The couple is blessed with a daughter, named Nadia.